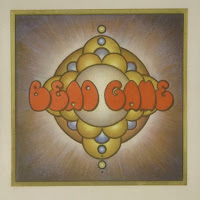 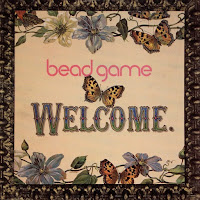 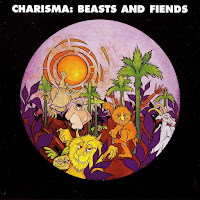 Biography Before the recording of the second album, Mike DeLisa decided to go his own way, leaving the job of lead vocalist to guitarist Tom. Beasts and Fiends was recorded at the Record Plant in NYC during the summer of 1970. The lead engineer was the top engineer in the business: Jack Hunt (the Woodstock album, Electric Ladyland), assisted by Dave Ragno (the Woodstock album), and Tom Fly (the Woodstock album, former drummer of Lother and the Hand People). While credit was given to Bruce McGaw and Ed Vallone for production, fact is the album was produced by Charisma with interference run by Jack Hunt. Charisma was offered the option to record a third album for Roulette Records, but let it pass by. Probably a mistake. Both albums sold better in Europe than they did in the USA. All income went to Roulette Records. Charisma got squat. Same old story. It looked like Charisma was headed for a breakup as drummer Rich Tortorigi and keyboardist Bob Mocarsky decided to leave the band, but Tom and Bernie located drummer Jim Roselle and keyboardist Mike Reynolds and decided to give it another go. Jim recruited Paul Midney to play saxes and flute, and Ray Mase to play trumpet, piccolo trumpet and coronetto. For a while, Charisma became Midney, named after Paul (?!!), but ended up changing their name back to Charisma. Paul eventually ended up leaving the group to do his own thing in the world of meditation and Ray went on to play with the American Brass Quintet. About this time Charisma, along with sound engineers Ron Scalise (now at ESPN) and Norman Campbell (now in California) began building a recording studio. Charisma spent the next few years in the studio. But to be able to do that they were forced to compromise their principles by playing commercial music to raise money to pay for the studio addiction. Charisma auditioned several singers as front men and finally decided on Brian Salke. Brian was not allowed to do the few non-commercial gigs that came up once in a while, but he did appear on some of Charisma’s homegrown recordings. In 1976, Charisma disbanded, leaving one incomplete recording. (Prairie Prince Minsky) (Great Album, Great Music) link
Tracklist
01.Street Theatre 3:58
02.No-Tell Motel 5:08
03.Dirty Pigs Don't Get Far in This World 2:37
04.Bizwambi: Ritual Dance of the Reptiles 4:50
05.Leopold's Ghost 4:57
06.Age of the Reptiles 3:26
07.Beasts and Fiends 8:08
08.Pray for Lockjaw 3:21
Line-up
Bernie Kornowicz - Bass
Ritchie Tortoridge - Drums
Tom Majesky - Guitar, Vocals
Bob Mocarsky - Keyboards, Percussion
Pubblicato da Solidboy at aprile 23, 2022 Nessun commento:
Invia tramite emailPostalo sul blogCondividi su TwitterCondividi su FacebookCondividi su Pinterest
Labels: Progressive Rock, Psychedelic Rock, Rock 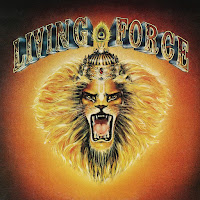 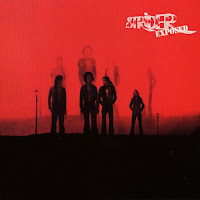 Biography Strider released two albums in 1973 and ‘74 respectively. 1973’s “Exposed” is a lost gem of an album and deserves attention. They played an excellent brand of Hard Rock/Blues in line with Status Quo, Deep Purple, Humble Pie, and Free. Their legacy post-Strider far out lived their brief carreer as a band. The record hit the shops in the prolific period of February, 1973, It mirrored much of what was changing about blues based rock. Humble Pie was moving into the mainstream with “Smokin’”, Foghat just released their debut with the Willie Dixon penned “I Just Wanna Make Love to You” getting serious airplay on the FM dial, and Zeppelin was still burning from the “Zoso” release. Most notable was what the Rolling Stones left with “Exile on Mainstreet” permeating every record for the next two years. Strider took their best club show and committed it to 40 minutes of vinyl. They were a tight R&B band with a biting guitar sound. Where other bands were dousing their audience with American standard Blues/Rock, Strider was blasting R&B tunes. Of the seven songs of their debut, two of them were R&B classics. Jackie Wilsons “Higher and Higher”, and the Temptations “Get Ready.” The later becoming a stoned out jam with some searing guitar melee closing down the second side.Ian Kewley (vocals, keyboards) wrote on the liner notes, “I think we should have started with the second album, then we’d have been better prepared for this one” But peole loved the grit of the first one and it landed them openeing tour slots with the Faces, and Rory Galagher. “Flying” was definitely the bands signature song. However, with the release of their second L.P., The band had reached their plateau. Rod Stewart was to grab up their guitar player before embarking on a solo career in the U.S., other members would start The Babys w/Jon Waite, and go on to play with Roger Daltrey and John Entwistle.
Strider was a hard rock group from the early 70s that had the honor of participating in the Reading Festival for two consecutive years, 1973 and 1974. Strider’s original line-up consisted of Gary Grainger (guitar), Ian Kewley (vocals, keyboards), Lee Hunter (bass) and Jimmy Hawkin (drums). They came from the United Kingdom. His manager, Billy Gaff, was the same as the one of The Faces and for that reason they managed to perform with The Sensational Alex Harvey Band, Rory Gallagher and The Faces. In 1973 his first album “Exposed” would arrive and a year later the second, “Misunderstood”, with new singer, Rob Elliott, and drummer Tony Brock. The Strider delight us with an excellent hard rock. The peculiar voice of Ina Kewley and the guitar strings of Gary Grainger are its main protagonists. The album starts with the powerful “Flying” and a great guitar riff. The tone is minimized in “Is not Got No Love” where good rock is still present. We finally took a break in “Woman Blue” supported by Kewley’s piano and a magnificent solo guitar ending. The hostilities continue in the frantic “Higher And Higher”. “Esther’s Place” with its different rhythm changes is a little gem. Again a typical hard rock theme, “Straddle”. The album closes with a version of “Get Ready”, the longest track of the recording and one of the best.
Tracklist
01.Flying 6:00
02.Ain’t Got No Love 4:17
03.Woman Blue  5:39
04.Higher And Higher 3:53
05.Esther’s Place 6:29
06.Straddle 3:48
07.Get Ready 8:47
Line-up
Gary Grainger - Lead Guitar
Ian Kewley - Lead Vocals, Keyboards
Lee Hunter - Bass
Jimmy Hawkins - Drums, Percussion
Janita “Jennie” Haan - Backing vocals
Pubblicato da Solidboy at aprile 10, 2022 Nessun commento:
Invia tramite emailPostalo sul blogCondividi su TwitterCondividi su FacebookCondividi su Pinterest
Labels: Classic Rock, Hard Rock, Rock

When the Power of Love overcomes Love of Power the World will know Peace.
(Jimi Hendrix) 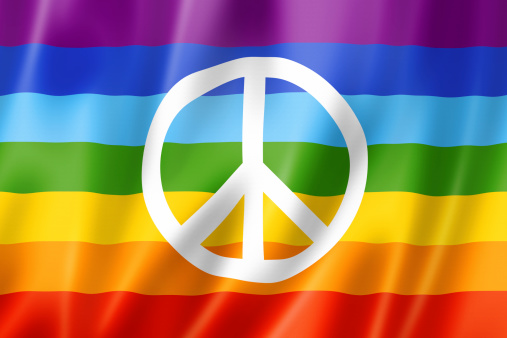 Welcome to Electric Music for a Mind and Body 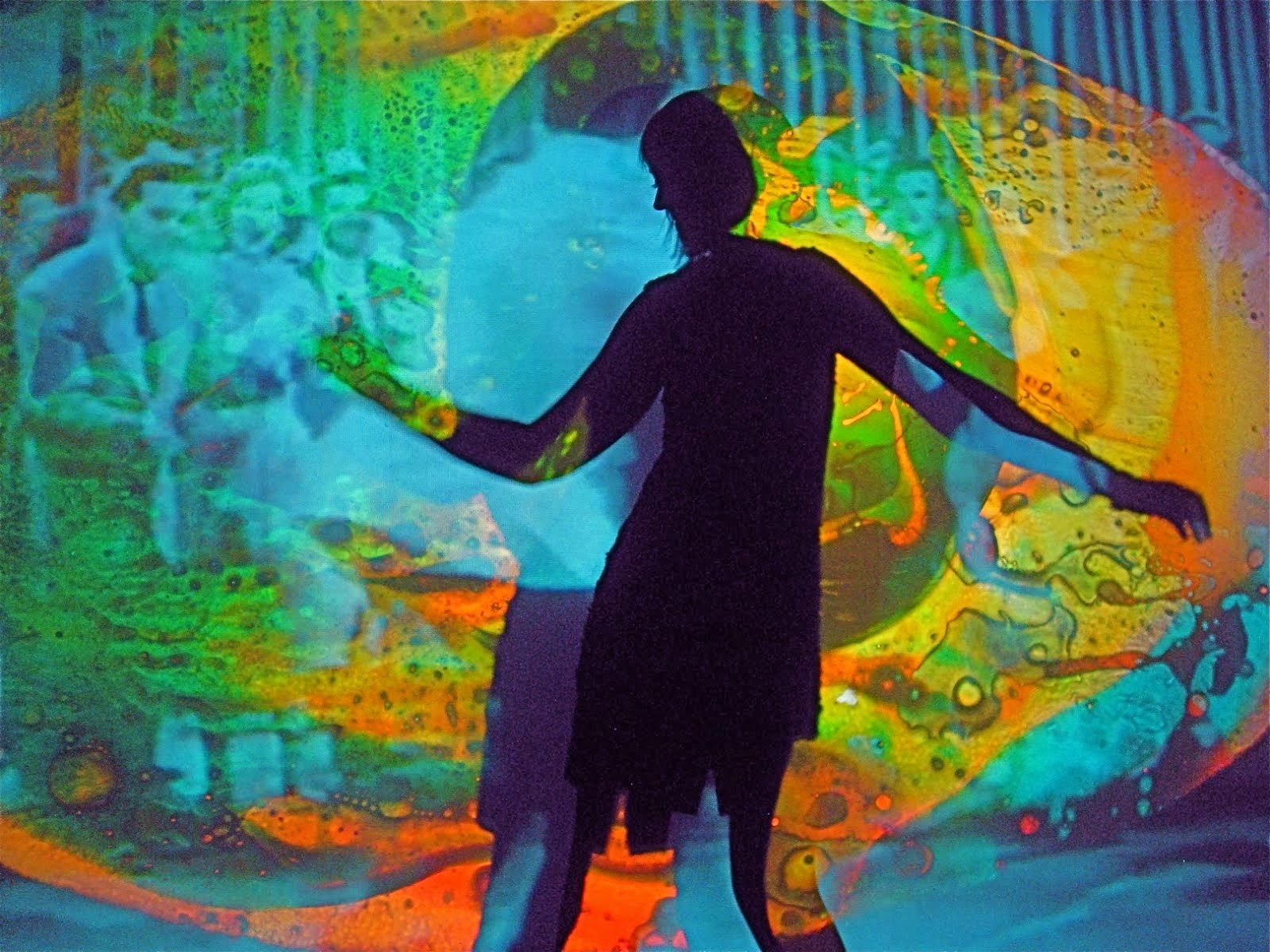 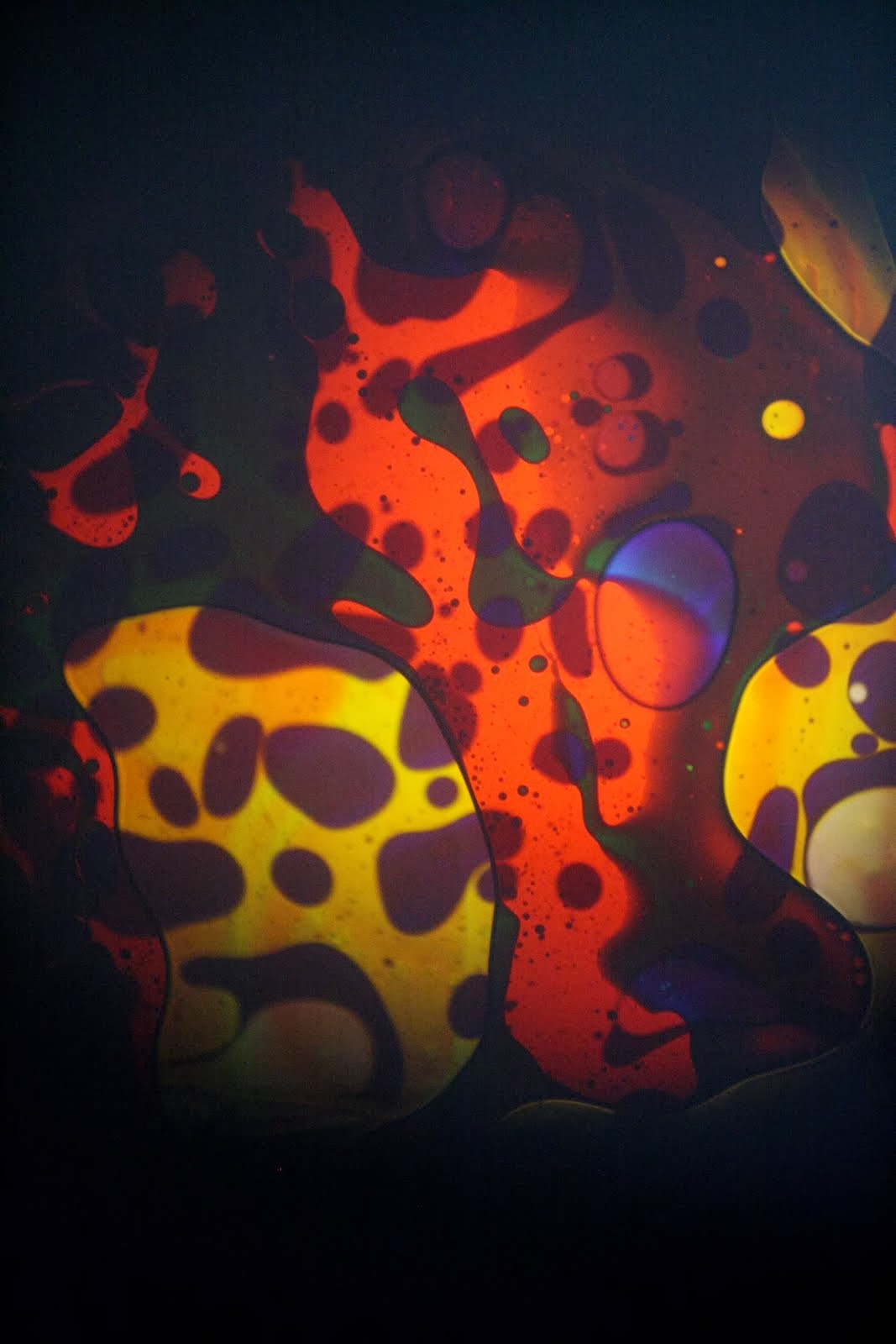 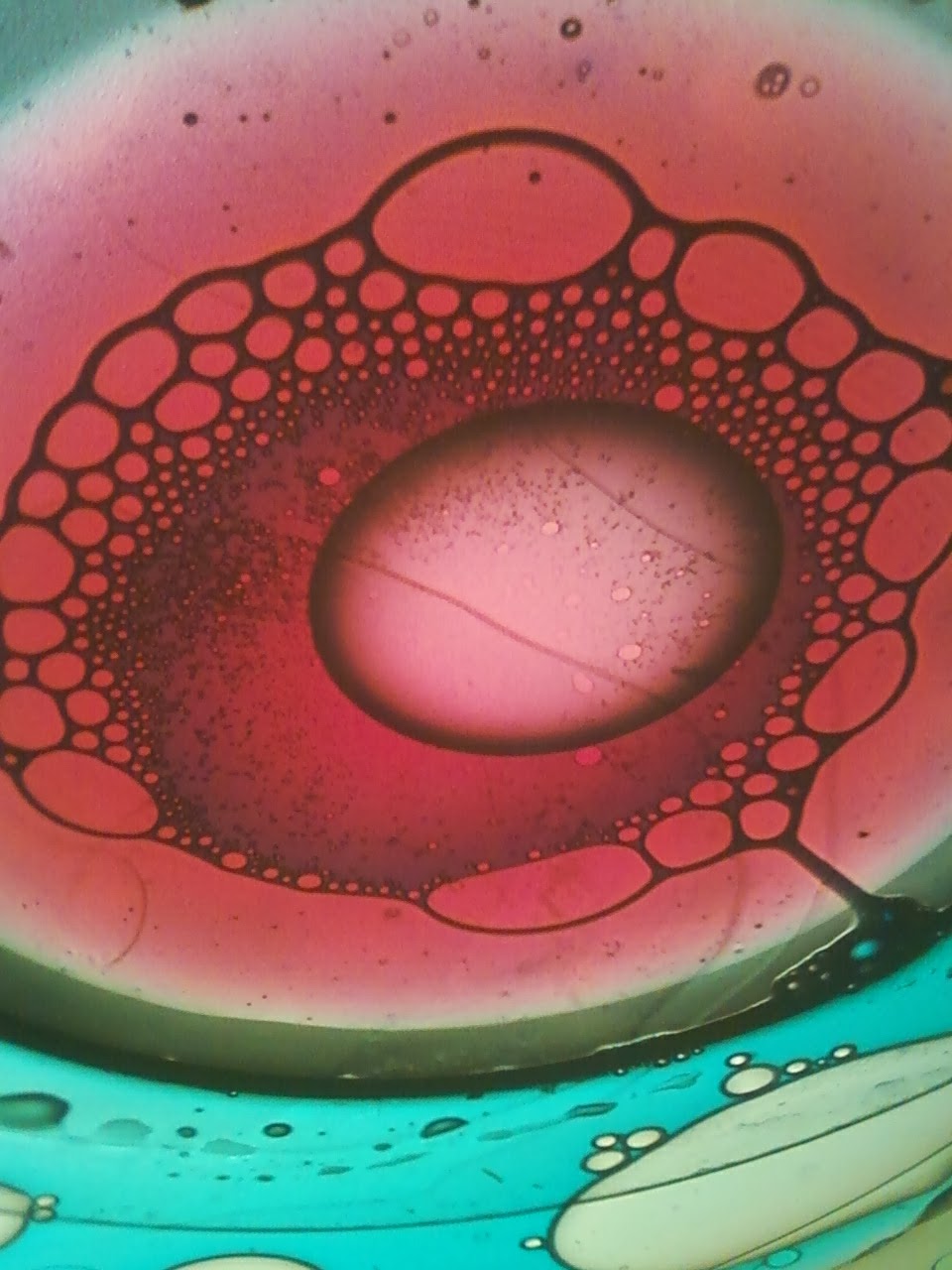 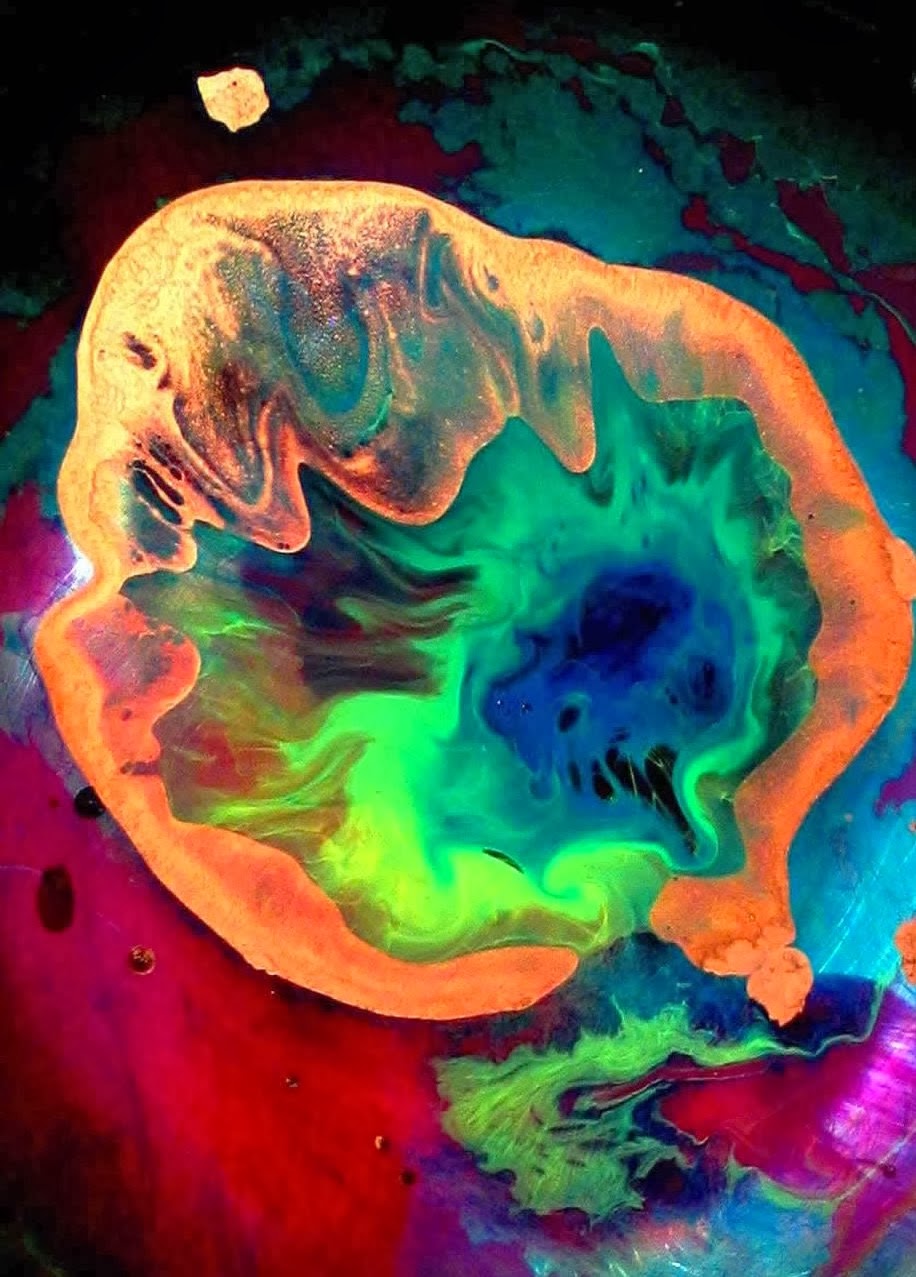 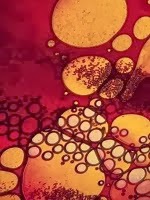 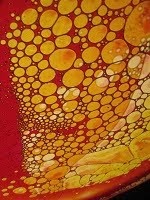 Only Flac Can Save The Music 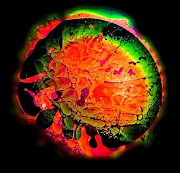 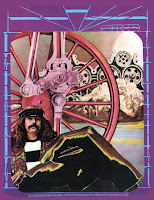 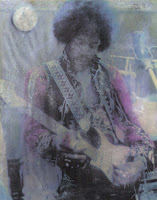 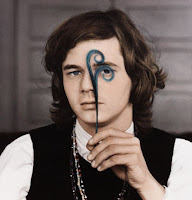 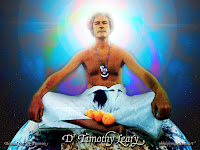 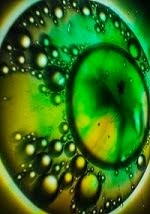